A Tale of Two Golden Visas - Greece and Portugal: More Different Than You Think 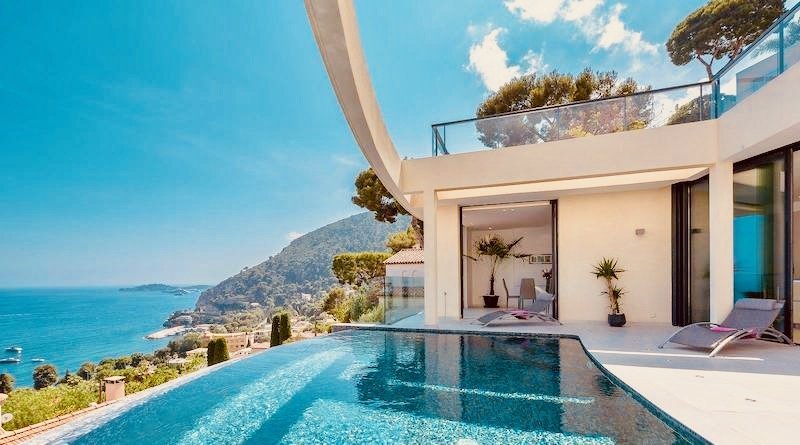 You may be forgiven for assuming that the Greek and Portuguese golden visas are more or less the same. After all. both grant their holders EU residency, rely heavily on real estate investment, and follow a similar process. However, the finer details tell a different story, one highlighting the minuscule variations that can make one of them superior for long-term benefits.

In Portugal, applicants are given the choice of buying real estate for €500.000 or rehabilitated properties older than 30 years for €350,000. If those properties are situated in a low density area, the applicant can get a 20% discount, making the bare minimum €280,000, which is still higher than the minimum threshold of Greece's golden visa.

Greece requires an investment of only €250,000, which can be split amongst various properties, making it more affordable than Portugal's cheapest option. However, the financial differences don't end there, as the property transfer tax in Portugal is normally set at 6.5% (in some cases, it can be reduced to 5%), meaning that if a person opts for the most economical option, they still have to pay €18,200 in transfer tax. On the other hand. Greece has a 3% property transfer tax, adding only €7,500 to the purchase amount.

But there is more.

The issuance fee for a Portuguese golden visa is €5,147 for each family member in the application and requires a renewal fee of €2,573.90 for each of those aforementioned family members. Renewals are done at least twice during any given five-year period.

The admin fees in Greece are significantly lower, as issuance fees are €2,000 for the main applicant and €150 for each family member. The visa is valid for five years at a time, and renewal after five years costs only €500 per family member.

So, considering a family of four as a sample, the family would need to pay €339,382 inclusive of the investment, taxes, and processing fees during a five-year period. That same family would need only pay €259,950 under Greece's golden visa, a difference of about €80,000, approximately 25% less than under Portugal's option.

Even when it comes to other options, recent changes in Portugal have seen its second most popular option, investment funds (9% of all applications), increase from €350,000 to €500,000. Greece's banking product options remain at €400,000, a staggering 20% less, highlighting why Greece's golden visa is superior to its Portuguese counterpart in terms of pure cost.

Financials are not the only factor of the investment; the quality of the asset itself is also critical. This issue affects the most important part of obtaining a golden visa, which comes after a person gets their residency.

When an investment is nothing more than a means to an end, the subsequent headaches can be quite brutal. A bad investment, especially in real estate, can be difficult to monetize or even sell, leading to particularly hefty losses.

The changes in Portugal's golden visa also affect this factor, as investors are now limited to the interior of Portugal when searching for a suitable residential property. Meaning hot spots such as Lisbon and Porto are no longer on the table, forcing investors to increase their risk margin by buying real estate in relatively uncharted territory in terms of global investments.

Greece paints another picture, allowing investors to purchase any property (or properties) throughout an open market. Athens, Thessaloniki, Santorini, Mykonos, and anywhere else within the Hellenic Republic. This flexibility gives investors the ability to create their own real estate portfolio, prioritizing their objectives, be it personal use, renting them out for ROI, or playing the waiting game by investing a portion in a developing area.

ROI is another important matter to consider, as renting out a flat in Athens for the long term may prove much simpler than doing the same in the Algarve, and it may prove much more profitable as well.

But what remains a crucial aspect is the exit strategy. Take Portugal's cheapest option, the €280,000 option, as an example again. It costs more than the Greek golden visa, a fact well established, but it remains an old property of at least 30 years of age in an urban area. Selling it after a while may prove quite the challenge, and if the investors want to liquefy their investment quickly, they may have to do so while bearing a loss.

In Greece, however, investors can choose newly built, state-of-the-art properties in bustling cities, making re-selling them much easier and much more likely to make a profit through their constant appreciation.

While the process for both programs remains relatively similar, one major difference comes in terms of processing times. Portugal's golden visa has quite the backlog, making processing times stretch from 8-12 months, meaning investors have to carefully plan their applications if they are aiming to relocate while maintaining their children's schooling schedules.

In Greece, thanks to a centralized process, investors can get their golden visa within an average of three months; this is quicker, simpler, and can help those looking to relocate to efficiently plan their move.

A superior option for many

While each investor will have their own needs and objectives, Greece continues to edge out Portugal in terms of investment, cost, and ease. The process is simple, quick, and can be highly lucrative if done correctly, and if you are interested in doing it the right way, contact Georgaki Law Firm today to book a consultation with our experts.

While the change of the limit for the Greek Golden Visa has not been established yet and it seems that no change will take place until the new year, the Greek government and the relevant ministers are studying alternative scenarios in order not to damage its popularity.

The collection of the first installment by the Recovery Fund, amounting to 3,4 billion euro, towards our country, from which the amount of 1,72 billion regarding no refundable grants and the amount of 1,84 regarding loans.