The strengthening of the real estate market in Greece continues 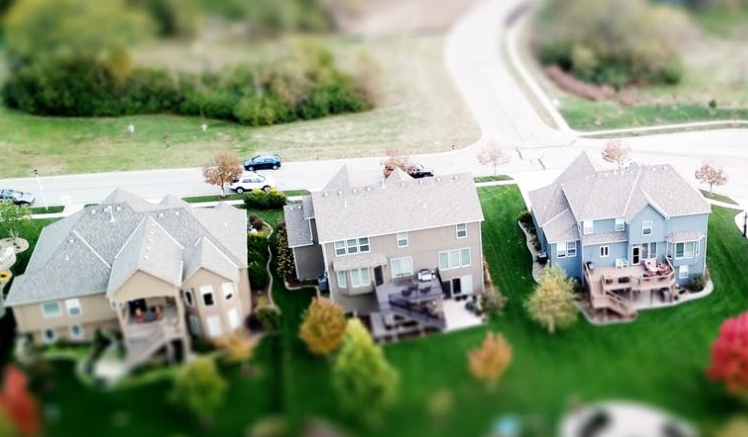 In a report, the Bank of Greece praises the positive development of the Greek real estate market and the maintenance of its high standards, despite the critical changes in the status quo of the international scene. The current health crisis, geopolitical developments, the significant increase in energy costs and the cost of construction materials, have shaped a new unfavourable reality in the market, the consequences of which, however, have not had a catalytic effect on the real estate market.
According to the BoE Report, in 2021 and the first quarter of 2022, the Greek market went through - despite the adversities - a highly positive period, which exceeded expectations. In 2021, net foreign direct investment in Greece for the real estate market amounted to EUR 1.1 million (up 34.4% year-on-year), while Golden Visa transactions for 2021 showed an increase compared to 2020 levels.

At the same time, ELSTAT recorded an upward trend in terms of residential construction activity, which exceeded the activity of 2020 (47.6%) both in terms of number and volume of new building permits (54.1%). In Attica, the growth rates were significantly higher, recording a rate of 70.5% compared to 2020, where construction activity recorded a rate of 64.1%. Consequently, a differentiation was also observed in apartment prices, as an acceleration of annual growth rates was recorded compared to the corresponding rates of 2020. Specifically, in 2021, apartment prices recorded an increase of 7.1%, compared to 4.5% recorded for 2020, while Attica once again recorded the highest annual growth rates, which "climbed" to 9.1%, with Thessaloniki following at 6.9%.

A similar positive picture has also emerged in the commercial real estate sector, both in terms of purchases and construction activity. According to ELSTAT data, high positive rates were recorded after a period of significant slowdown, with the greatest investment interest concentrated in offices and shops in Athens. Increased demand has also led to an increase in commercial space prices, registering an increased rate of 3.2% compared to 2020.

Investments by Real Estate Investment Companies Limited by Shares (REITs) also play an important role in the real estate market, exceeding €550 million in 2021. It is estimated that around 80% of the investment capital of the AIFIs has been or is intended to be directed to the Greek market. The majority of the funds are earmarked for offices, followed by investments in shops and hotels.

Finally, it is also noteworthy that for the first time, a significant geographical dispersion of investments was recorded, with 59% of investments compared to the overwhelming 70% recorded in previous years in Attica. Apart from Attica, there was a particular investment in tourist islands in Greece, mainly for the construction or development of hotels, shopping chains and commercial premises.

The preference of interested parties for medium-term leases has been on dynamic rise lately, especially in the major urban centers of Athens and Thessaloniki.

One more survey confirms the profitable trend of Real Estate in Greece in the area of foreign investments.

According to research by «Engel & Vοlkers Greece», a real estate agency with established global presence, the Real Estate Market is constantly and dynamically growing since 2021.

The Ministries of Finance and Environment offer a new essential assistance to vendees and property owners.

The real estate market in Chalkidiki is starting off on an inclining course, following a relatively “idle” period due to Covid-19 pandemic. The numbers for 2021 were increased in comparison to 2020, whereas the demand in various areas exceeded pro-Covid rates.

According to a report issued by the National Bank of Greece on Monetary Policy, the bank institute asserts that the development of the real estate market in Greece will continue independently of any impediments which have emerged at the domestic market.

Greek properties are demonstrating a steadily ascending course based on statistical records from the third trimester of 2021, regarding both property and rental prices.

Despite the challenging social and financial landscape and the impediments emerging from the pandemic crisis, the Greek property market seems to be rapidly rebounding.

The pandemic, fortunately, did not have a negative effect on Real Estate sector in Greece, which is proven by the incredibly encouraging and promising statistical records for the first semester of 2021.

The investment interest towards luxurious and high-quality holiday residencies remains substantial in Greece, even during the pandemic.

The price range in Greek property market has shown interesting fluctuations from 2011 to 2020.

Real Estate | May 2021
What’s next for the Property Market – Which properties are in high demand, what do specialists say
Real Estate | April 2021
Energy Upgrade for 80.000 buildings in Greece in 2021

In the context of the new scheme “Economize - Autonomize” and the yearly budget of Ministry of Environment and Energy for the year 2021, a total budget of 1 billion euro is about to be disposed for energy upgrade of 80.000 buildings.

Following a year of depress due to the pandemic, Russian investors are expected to operate again within the Greek Real Estate Market during 2021, for acquisition of Residential and Tourist Properties.

Following a decision by the administrator of AADE (Independent Authority of Public Revenues) Georgios Pitsilis, the following deadlines are extended until January 2021:

Real Estate | December 2020
Related Functions
Real Estate
How Can We Help You
Contact Us
Start Typing and press “ENTER”.